How to Fix a Slow Computer

What are the things that really hit you when you get a new computer?

Is it the improvements in design that seem to have been made? It just looks better.

If it's a laptop, how much thinner the screen is, how much lighter and how much longer the battery lasts.

If it's a tower, how much smaller and less obtrusive it is, even though its storage is much bigger and it has twice as many ports for peripherals.

Yes, you notice all these things, but the thing that really hits you is

How FAST it is.

Check Out System Mechanic by Iolo

Iolo System Mechanic continues its long reign as one of the best PC tune-up utilities. The suite's many tools dig deep into your computer to defrag the hard drive, repair the registry, and perform other performance-enhancing tasks.

Iolo System Mechanic, which costs a relatively pricey $49.95 per year, is compatible with all PCs running Windows XP and later, including Windows 10. Unlike most PC tune-up utilities, including IObit Advanced SystemCare Pro and PC Tools Performance Toolkit, which limit you to three licenses, Iolo System Mechanic lets you install the software on any number of computers, provided that it's not for business purposes. This is a welcome (and needed!) feature in the age of the multi-PC household.

Iolo System Mechanic interface has several options in the left pane that have their own individual subcategories that let you run specific tune-up tools, including new Windows 10-specific privacy tools designed to keep Microsoft from scouring your personal data.

Privacy Shield is a cool feature, but the main reason most people will want Iolo System Mechanic is that it's an excellent tool for enhancing your PC's performance. The Overview screen opens by default when the program is launched, and it's here that the Repair Now button appears if Iolo detects a problem. Clicking the icon causes Iolo to launch the appropriate system-fixing tool, such as a defragger.

Another useful tune-up tool is Commonly Redundant or Unnecessary Decelerators and Destabilizers (CRUDD), a feature that removes the useless files that clog your PC. The idea behind the enhanced CRUDD is to eliminate the bundled, extra programs that live on your PC after you install a program. After I ran CRUDD Remover, Iolo detected several problems on my testbed, and it explained them in simple, everyday terms.

I ran Iolo's PC Accelerator, which smartly realigns all of a program's dependent files on the hard drive. It's touted as being better than disk defragmenters, which can blindly compact and separate files even further than they already are. PC Accelerator took approximately 15 minutes to work its magic, and, when it was done, I discovered that it had realigned thousands of files and hundreds of file fragments. There are also a ton of other tools packed into the suite such as AcceleWrite (a real-time feature that helps organize the way data is written to the PC's HDD or SSD), IntelliStatus (which displays RAM and hard drive information and serves up cleaning tools), and Stability Guard (a tool that stops system threats using algorithms).

I tested Iolo System Mechanic's ability to whip a PC back into shape by performing two tests—running the Geekbench system performance tool and measuring boot times—before and after running the software to compare the computer's potency. Each test was run three times and averaged. Before Iolo scrubbed the system, the 2GHz Intel Core i7 X990 MSI Style-Note notebook with 4GB of RAM, Windows 7 operating system, and an 80GB Intel SSD drive achieved a 4,210 Geekbench score, and booted in 50.3 seconds.

After I used Iolo System Mechanic, I saw much improved system performance: The GeekBench score rose to 6,303, and the boot time decreased to 37.6 seconds. Those are impressive numbers that are on par with Anvisoft Cloud System Booster's 6,328 score and Norton Utilities' 38.3-second boot time.

After running the tests, I also used the computer extensively to get a sense of how the app changes the machine's responsiveness. Iolo System Mechanic delivered a noticeable performance improvement—of special note, iTunes and Steam opened faster in the fresh environment. The PC felt like new. 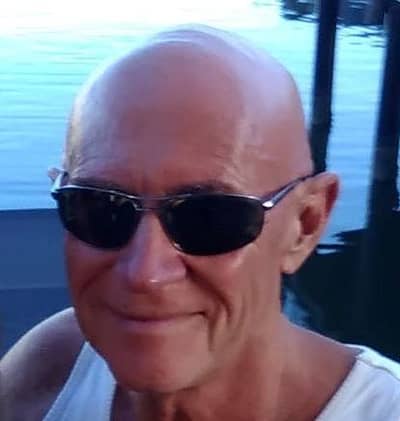 With more than 20 online businesses and several clients in the internet marketing space, along with video training courses, my computer gets a real workout.

Like all computers, left untended it will slow down over time, taking my productivity with it. There are some things you can do to speed it up, but there's only so much you can do yourself. Fortunately there's a solution that fixes ALL of the issues that slow down your computer. It's called System Mechanic.

And it just keeps getting better and better, with the addition of tweaks underneath the hood that you are never aware of, secure password storage facilities and a built in spyware and virus detector. Even with all that, it keeps getting faster and faster.
I now run it every day as part of my end of day close down routine. It takes just a few seconds and keeps my computer running like new.

System Mechanic deletes junk files that cause sluggishness and system instability and removes system-hogging bloatware you didn’t know was there.

System Mechanic finds and repairs Windows® security vulnerabilities and automatically goes to work whenever your PC is idle.

It doesn't matter whether your computer is for personal or business use (or both) its speed and responsiveness impacts your productivity.

The difference between an app, such as Word, Excel or Photoshop loading in 6 seconds or 1 minute is tenfold. Apply that over everything you do on your computer and you could be 10 times more productive by installing System Mechanic and running it regularly.

Personally, I run it every day, as part of my shutdown procedure. It rarely takes more than a minute. 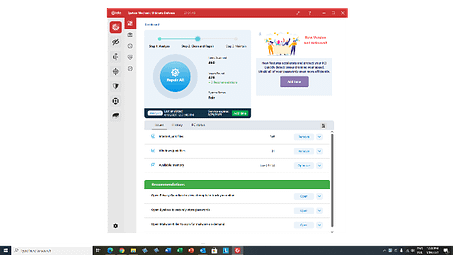 Despite its many powerful features, System Mechanic's clean, intuitive interface makes it easy to use for anyone, no matter what their skill level.

Then click Repair All. All the issues are fixed and the analysis repeated to ensure everything's been picked up. At this point, you can close System Mechanic, secure in the knowledge your computer is again running at its optimal performance level. 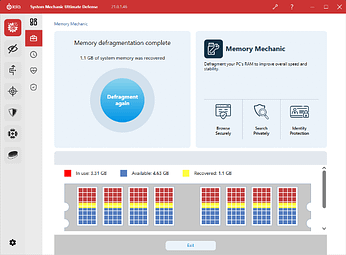 More than a Defrag

Defrag (defragmentation) was introduced because of the way storing files on a hard disk drive works. Let's say a program needs to write a 5 MB file to the disk. The first available space it finds can store 1 MB. It writes the first 1 MB of the file there and then looks for more space. It writes some more of the file there and updates the first 1 MB to link to the start of the next section. In this way, a large file can be written over many different parts of the hard disk, requiring a lot of drive head movement to read the file.

The same thing can happen with apps. Modern apps, like Word or Photoshop, are made up of a large number of smaller code segments. The app can take much longer to load if these are scattered all over the hard disk. Similarly, over a period of time, RAM can also become fragmented, resulting in a loss of available memory to load apps.

System Mechanic employs a disk defragmenter, a program accelerator and a memory mechanic to address all of these issues.

Some software is very sneaky. When you install it, it adds some of itself into your program start-up list.

This is so that when you go to use the app, some of it's already loaded into memory and so the app appears to load quickly, giving you a more favorable impression of it.

The problem is that even if you use the app infrequently (or not at all) it's sneakily using up a chunk of memory that could be put to better use. Like the apps that you're running right now!

Will removing the sneaky start-up affect anything?

No, not at all. It just means that when you do run that particular app, it might take a second or two longer to load. Remove them all if you like. Except those that do run all the time, such as ioloSystemShield.

Buy System Mechanic from one of the links on this page.

Install it using the License Key emailed to you.

When analysis is complete, click the Repair All button.

You can also run a full malware and virus scan whenever you like and store all your passwords securely.