How to Relieve Stress

The First Thing You MUST Do In Your Battle Against Stress 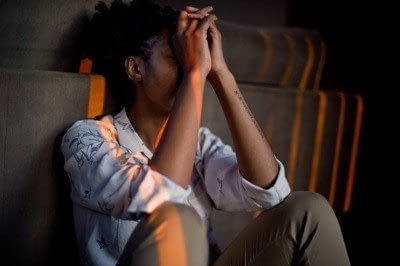 It’s amazing when you stop and think how complicated your life can be at times.

You have to juggle finances, work, relationships, health, children and what seems like a million other things that get thrown at you on a daily basis.

And it's not limited to those of us living in the city or suburbia. Sometimes we might think how much less complicated a life on the land might be. But our farmers contend with drought, fire, flood, stock disease, crop failure, huge mortgages and the increasing reluctance of the next generation to take over the family business.

It’s no wonder a massive proportion of us are going around in a constant state of stress.

One of the effects of stress is that it makes us appear older. Learning how to relieve the stress is a major component of effective ant-aging.

The first step in understanding how to relieve the stress in your life is to understand what are the things causing it and the factors contributing to it.

But have you ever stopped to think what’s causing your stress? I mean really think! It’s easy to say you hate your job, or you don’t have enough money for example. While they might be true, blanket statements like those are far too vague to be used in the fight against stress.

It might be that you are simply carrying too much in your life, like the poor frog over there. When you constantly feel like you're failing because you have so many things to do that something is always falling behind, you can get stressed out as you fall further and further behind.

If you want to beat stress, you need to take action. They say “Nothing changes if nothing changes” but first you need to know exactly what to change.  That’s why it’s super important that you take the time to drill down and get to the nitty-gritty of what is causing you to feel so stressed.

When you stop and identify the little things that upset you, even on a subconscious level, and make a list of those minor stressors, you’re taking a big step towards change.

Here's one of the best small changes you can make to start relieving the stress.

Make some "me" time and give it a priority. A great example is book a massage and don't let anything else cause you to cancel. That's what I mean by giving it priority. Make it your number one commitment.

It’s much easier to make small changes to reduce the stress in your life than it is to go cold turkey on anything major such as hating your overbearing boss or not having enough money to pay off your credit card bill.  Small changes add up to make big differences, and as Confucius says “The man who moves a mountain begins by carrying away small stones.”

With so many things vying for your attention at any given moment in the day, it’s easy to overlook some of the more minor things that might be giving you grief and compounding the major stressors in your life.

Health and Relationship Issues Can Make you Stressed

Think about any minor health niggles you might have that you’ve simply learned to live with rather than getting treatment for. What about any little habits your partner has picked up that really get on your nerves, but he or she doesn’t even know it.

Everyone knows that a good, loving relationship with a supportive partner makes life much happier. But equally, a relation ship full of niggling little annoyances can add up to a lot of additional stress.

And while the thought of raising these issues can itself be stressful, the relief after discussing them and coming to some sort of resolution can be profound.

Just don't be surprised to find that your partner also has a list of your annoying habits!

If you tackle the small things first, you will not only feel happier and healthier, but you will also feel like you are more in control of the stress, rather than it being in control of you. This is the first step in learning to relieve stress.

Of course, you will also need to deal with those major stressors surrounding your job or your finances. The best way to tackle those is to break down your issues into smaller ones, so it’s less overwhelming to deal with.  For example, you dread going to work every day because you don’t like your job.  But what is it about the job you don’t like? Try to be specific and go into as much detail as you can. That way you can start to find a way to overcome some of the parts of your major stressors that can be tackled immediately.

It is only once you are aware of the finer details of what is causing you to feel so stressed that you can take positive action towards how to relieve the stress and come up with a long-term solution to the issue.

To see a summary of all articles, go to Articles.

Phil is a septuagenarian who believes in an enjoyable, healthy lifestyle through exercise and healthy eating. His website is all about helping others to look and feel younger. The Aging Slowdown website covers diet, exercise, skin care, sexual health, your immune system. stress relief and better sleep. For those moving into retirement and concerned about income and lifestyle, there's an entire section devoted to creating an online business at any age.