Why Seniors Divorce: Easing the Way

Seniors Divorce Can Come as a Shock 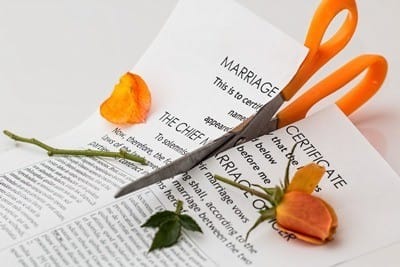 "When he retired, I suddenly realized that I didn't want to spend the rest of my life with this man. The thought of constantly having him around just made me shudder."

Unfortunately, this seniors divorce scenario is not uncommon. A couple can grow apart without realizing it until an impending retirement brings home how much time they'll be spending together, relying on each other almost exclusively for company. Perhaps for the first time ever, they gradually (or even suddenly) understand that's not an attractive deal.

Seniors divorce can affect both women and men.

Did you see the movie About Schmidt?

After being with younger women both on screen and off for decades, Jack Nicholson plays Warren Schmidt, a recently retired Omaha insurance man who, with no job to go to, has no idea what to do. His wife, Helen (June Squibb), runs the house and has no use for her jobless husband. Like many older couples, they hardly know each other anymore. (“Who is this old woman who lives in my house?” Warren asks us.) 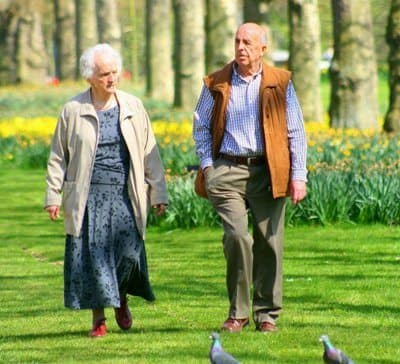 Did you know that over half of the couples applying for divorce in the US, UK, Canada, Australia and New Zealand are aged 42 and over?

Part of the problem is that we are taught from a young age that finding a partner is a normal part of life. We don't really contemplate divorce at all, let alone in our senior years.

Nobody really talks about the fact that quite often a relationship will have not just a start and a middle but an end as well. And for many older couples, it comes as a surprise and a shock. No matter how well planned their career and other aspects of life have been, they have no plan for this.

Although the process of breaking up can be stressful, it can be empowering as well.

It can be looked at positively as an opportunity as a thoughtful adult to create the life you want and possibly to find the partner you actually want to be with.

The appetite for senior divorce is strongest among baby boomers age 50 to 64, whose divorce rate is more than four times that of those over 65. Nonetheless, those seniors are a substantial part of the what’s being called the “gray divorce” trend. And these splits can take family and friends by surprise.

Life projection statistics show that a 65-year-old can expect to live another 20 or more years. That’s a long time to feel dissatisfied and unhappy in a relationship. Many people in that age group, both men and women have held responsible positions where they are used to making decisions and taking control. Many see initiating a seniors divorce as just another hard decision, like those they are already used to.

For many of these couples it’s about drifting apart rather than a deal-breaking event like an affair or a financial disaster. Some of these turning points, such as the children moving out, resulting in the empty nest syndrome, can result in a reflection on where both partners want to be for the rest of their lives.

No one is the same person they were at 25 or even 50. The resulting senior divorce can be quite amicable if both partners are of the same mind.

Get Fit for Divorce

Are you ready for senior divorce?

But the fact is divorce can be either an emotional roller coaster or an empowering experience. There are many things you can do to be "divorce fit".

From deciding how the bills are going to get paid to working out an equitable splitting of assets, managing the finances during a separation can be especially traumatizing.

In fact, 75% of couples considering separation say that as a couple they are not financially healthy. But...

84% of people who do separate do something financially positive within a year of separation. These include paying off debt, creating a financial plan and even taking a holiday. This can be a very positive aspect for seniors who divorce.

It's really important to have a clear discussion about money and how you are going to handle jointly owned assets such as the family home ahead of the separation. If necessary, seek the advice of a family counselor and put your agreement in writing. Then it's one less uncertainty to worry about.

Taking total control of your own financial future, perhaps for the first time in a long while, can be extraordinarily empowering. No more joint bank account, no more having your partner go through the credit card statement asking for details of your expenditure. Totally your business only.

Just make sure you budget accurately.

Couples who have been together for a long time become psychologically dependent on each other. This happens even if the relationship has failed or even become toxic.

Coming to terms with no longer being part of a couple can be very difficult. You've lost a safety net and need to find out who you are now as an individual.

While it's important to go through a grieving process, it's important to understand that this feeling is temporary. You will rebuild your life. You will undertake new things, make new friends and, if you want, start a new relationship. Maybe more than one.

Talking about old friends, don't be afraid to use them as a support group. Don't feel that you have to pretend that everything's all right. Let them help you over your worst moments. You may need to be there for them some day as well.

See the opportunities ahead, not the issues that you've left behind.

While generally not an issue for older couples contemplating a seniors divorce, whose children are adults themselves, this is a big, big issue for couples who still have young or even teenage kids.

Children frequently blame themselves for their parents splitting up, so you need to explain, in as matter of fact way, that it has nothing to do with them, it's not their fault and that grown up people sometimes decide that they don't  wish to live together any more. Reassure them that both parents still love them and that they will still see both mom and dad.

If you've come to a custody agreement, let the kids know as soon as possible and again in a matter of fact way.

But understand that, while predictability is very important, circumstances can arise that interfere with agreed arrangements. You need to be flexible and avoid blaming the other ex when something doesn't work out.

With everyone active on Facebook and other social media, it's very easy to portray yourself as the victim by accusing your ex of behaving badly.

Don't give in to that temptation.

Look at it this way: You've made the break physically, emotionally and financially. Make the break online too.

Don't follow your ex online. That's digital stalking. Would you park opposite your ex's house to see who comes and goes? Hopefully not. If you do, make an appointment with a psychologist and learn some coping strategies to avoid doing it. Same online. Don't keep checking your ex's Facebook profile or Instagram feed.

And limit their access to your details as well. There are various ways to do that, so check with the different social media platforms to find out your options.

Ensure that your seniors divorce is a good, clean break.

All this will help with moving on and creating a new life that's rewarding and fulfilling.

Here are some statistics to take away:

Although a seniors divorce, especially if unexpected can be a massive blow to your self-esteem, you can use it as a springboard to improve your life in many ways and become a more attractive person.

If you're overweight, for instance, use this opportunity to get back to your ideal and end up looking younger, feeling younger and improving your quality of life. Here are some articles to help:

For Women: The Cinderella Solution for Weight Loss

For Men: The Flat Belly Secret

See Divorce Demography at Wikipedia for some global statistics.